Hello everyone! My name is Cailin and I am a fourth year Human Biology and Society, B.S. major with a concentration in Bioethics. I have wanted to take Honors 177: Biotechnology and Art since my sophomore year, but was previously unable to do so because of scheduling conflicts. I am thrilled to finally take this class during my last quarter as a UCLA undergraduate! My interdisciplinary interests in racial health disparities, bioethical controversies, and educational social justice, and drove me to both the depths of South Campus and the outskirts of North Campus throughout my college career. My jumbled repertoire of completed classes includes standard lower division chemistry, math, and life science courses, a handful of bioethics classes, and a multitude of lectures and seminars within the Institute of Society and Genetics. I’ve also participated in drastically different research projects, from sequencing titi monkey DNA in a wet lab, to analyzing interviews and reviewing literature about the influence of education on students’ gender identity development. My favorite classes and topics, however, tend to combine biological and social issues.

This year, I’ve started to explore the use of art as a tool to demystify complex social structures and scientific concepts. Last quarter, for example, I took Honors 140: Social Psychology of Oppression in Public Education, and for my final project, I created a series of collages from found materials addressing multiracial identities, gender fluidity, and the power of the media. I greatly enjoyed translating my knowledge from the class into provocative art pieces, and sharing them with a wider audience using a website. I am excited to learn about the ways in which Bio Art extends into the public sphere to inform non-scientists about CRISPR, chimeras, artificial organ transplants, and other hot topics within the biotech realm.

I also recently took Honors 146: Imagining Global Climate Change, a course in which students examined the presentation of climate change narratives in various novels, short stories, documentaries, and artworks, and also discussed the role of the arts and humanities within the scientific community. One week, we analyzed the underwater sculptures of Jason deCaires Taylor, whose stance on the preservation of aquatic life greatly reflects bio-artist Kathy High’s ethical position on lab rat treatment in her ongoing project Rat Laughter. Taylor’s sculptures assist in coral reef restoration by serving as an artificial substrate for marine animals to inhabit and also as a tourist attraction which diverts human activity from natural reef sites, allowing them to replenish (Taylor, n.d.). Similar to how High argues against the common perception that rats are “pests” or “disposable animals” meant for human research (Vensa, 2013), Taylor contests the idea that humans are superior to aquatic life, and instead depicts the power of non-human nature over humans. The image below shows a portion of Taylor’s piece, The Silent Evolution, in which an entanglement of yellow encrusting fan leaf alga envelopes two human figures, whose faces peer through the algal swarm (McCormick & Scales, 2014). 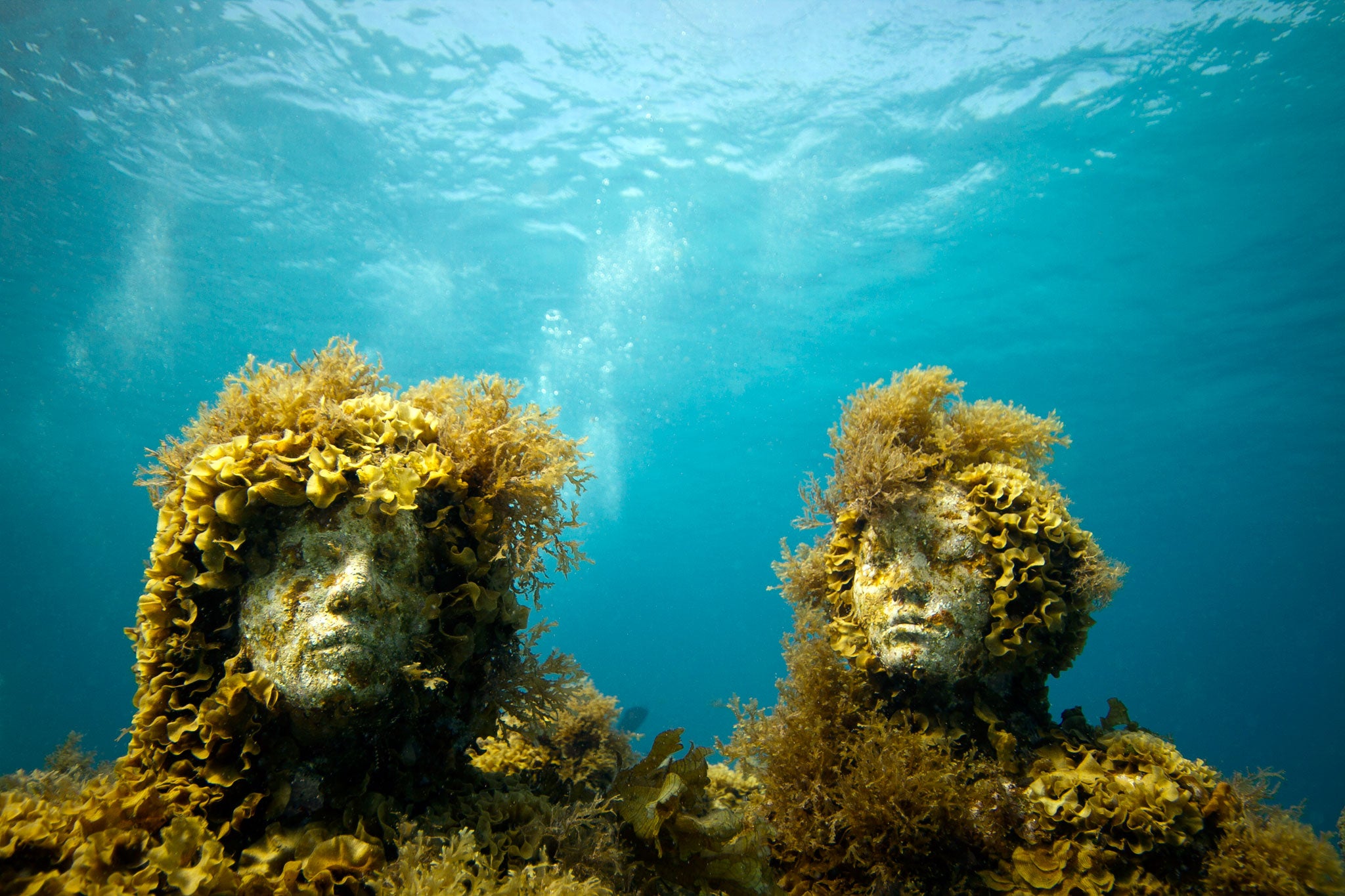 From The Silent Evolution by Jason deCaires Taylor | Source: http://www.independent.co.uk/arts-entertainment/art/features/portfolio-jason-decaires-taylors-silent-evolution-underwater-sculptures-9191301.html

Taylor’s sculptures do not qualify as bioart because they do not involve “biotechnological methods and/or manipulation of living systems” but rather allow marine life to perform the manipulation (Hauser, 2008). His concerns about ethics and animal treatment, however, are extremely relevant in relation to the work of bioartists like Eduardo Kac. Kac’s living art piece, GFP Bunny, for instance, features a fluorescent green rabbit, named Alba, genetically engineered with bioluminescence genes from the Aequorea Victoria jellyfish (Vensa, 2013). Despite contestation from animal rights activists, Kac explains that the creation of Alba is not simply about aesthetics, but more importantly about the social integration of a transgenic subject (Kac, n.d.). Instead of simply using Alba as a means for a science experiment, Kac provides “her with a loving, caring, and nurturing environment in which she can grow safe and healthy” (Kac, n.d.). Given Kac’s devotion to caring for Alba and assuming bioluminescence genes do not impair biological functioning, GFP Bunny does not seem to violate the ethical concept of Eudaimonia, or the need to respect species-specific criteria for achieving happiness or flourishment. Marta de Menezes’s modification of butterfly wing patters through the altering of cell structures, however, fails to uphold the principal of Eudaimonia and raises serious ethical concerns. The resulting holes in the butterflies’ wings prevent the creatures from fulfilling a basic standard of their wellbeing – the ability to fly. I also find it especially alarming that Menezes does not mention this horrific consequence in the description of the art project on her website (Menezes, n.d.). Improper treatment of animal subjects combined with a lack of transparency makes for a monumental moral catastrophe. 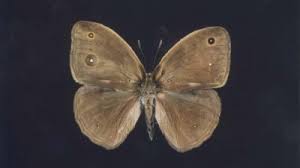